Change lives every day on stage, in class, and in the salon.

SHOW ME THE TRAINING
USE MY ENROLLMENT KEY

Change lives every day on stage, in class, and in the salon.

SHOW ME THE TRAINING
USE MY ENROLLMENT CODE 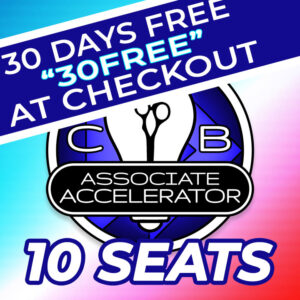 TRAIN MY ASSOCIATES FOR ME -- FAST!

Get my associates paying their way in less than 3 months! And take 90% less time from me and my educators! 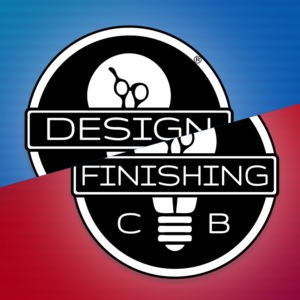 MAKE ME THE BEST STYLIST I'LL EVER MEET

Give me all the skills, all the tools, and all the tricks in one easy package so I can create and recreate any style I can possibly imagine.

TRAIN MY ASSOCIATES FOR ME -- FAST!

Get my associates paying their way in less than 3 months! And take 90% less time from me and my educators!

MAKE ME THE BEST STYLIST I'LL EVER MEET

Give me every tool and trick there is in one easy to learn package so I can create and recreate any style I can possibly imagine. 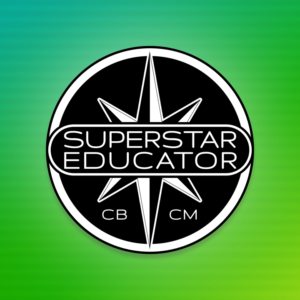 TURN MY SALON STAFF INTO A REAL TEAM

Help me lead a loyal and drama-free team that loves their jobs so much that clients want to be there more often just to be around them. 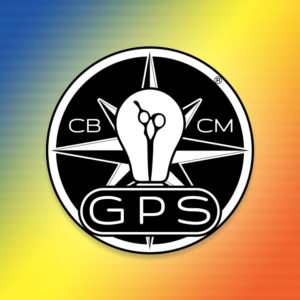 GIVE ME LIVE FACILITATION COACHING

I love teaching. I want to change lives every time I lead a class online, on stage, in school, and in the salon. I want live coaching with the best every week.

TURN MY STAFF INTO A CHAMPIONSHIP TEAM

Help me lead a loyal and drama-free team that loves their jobs so much that clients want to be there more just to be around them.

GIVE ME LIVE FACILITATION COACHING

I love teaching. I want to change lives every time I lead a class online, on stage, in school, and in the salon. I want live coaching with the best every week.

Nobody has time to learn how to learn. It’s got to work right out of the box. We agree 100%. We’ve spent forty years developing this precisely to take out the frustration and make room for more wins.

If I’m not interested, I’m not going to learn much, right? So it has to be high-engagement, high-reward, even for people who never raised their hands in school. Around here we learn by doing.

Teaching new associates used to be a money pit. Not any more. We’ll help you hire the right people, and we’ll have them on the floor supporting your team in two weeks. And they’ll be generating revenue directly in less than three months. All with 90% less time and effort from your educators so they can spend more time levelling up your pros.

Would you like the world's best educators at your service full time around the clock for a couple dollars a day?

Chris Baran has owned a salon or two. He became an owner because he was frustrated that his boss couldn’t (or wouldn’t) give him the training he wanted to advance his skills. “Fine,” he said, “I’ll go do it myself. And just watch: I’ll train MY people to be the best.”

And that’s exactly what he did. And for a while it was incredible. They were booked out months in advance. But as his business did better and better, his time got squeezed managing it all. He was so successful he didn’t have the time to train his people.

And sure enough, one of his rockstar stylists left because she didn’t feel supported enough. And then another one. He brought on new people but he was so busy picking up the slack that he couldn’t commit enough time to training his new hires up to his standards.

Clients could sense it, of course. A crackle of chaos. A trickle of tension. A slip in service. And slowly but surely the salon wasn’t so busy any more. Now he had to stay behind the chair because he couldn’t afford not to.

What he needed was someone at least at his level to take over the training so he could focus on building the business. Of course there was no way he could afford that. It was an unsolvable problem.

So Chris got to work solving it.

He created the best-selling Principle-Based Design and Finishing system used by thousands of stylists in salons and schools all over the world. He kept going. He grabbed his good friend Chris Moody and they created the Superstar Educator program to share everything they knew about leadership. Together they host the Global Peak-Performance System for elite facilitators online every week.

And now, forty years after his unsolvable problem set him on the path, he has come full circle, with a program specifically designed to solve the unsolvable: the Salon Associate Accelerator. Owners get their time back. Educators have time to elevate the whole team, and associates get world-class training that gets them on the floor far faster than ever before possible. And at the price, any salon can afford it.

I’m a very experienced professional, yet Chris raised my level in every way, even confidence in myself. Chris embodies the three most important aspects of a trainer: a world-best technical ability, a proven artistic eye (second to none) and most importantly the desire to see those he helps succeed.

This is the Harvard of Hair Design. Simply the best A-Z must have skills training available to salon professionals. Design and Finishing are for everyone: from right out of school or 30 years in the business. The impact of learning the cause and effect of the principles will make the difference between being an average stylist and being highly successful.

Valerie Arnold - Aacardi The Salon, facilitator for over 30 years.

I facilitate more effectively not just in the classroom but in my salon. This is working smarter; not harder.

I came into this broken and beaten up. Now I'm full of passion and I've got the spark again!

I'm now able to go from concept to stage like a professional. Everyone was amazed at my confidence, my conflict resolution skills, and my successful backstage team. I am forever grateful.

Chris Baran rose to prominence with the likes of Vidal Sassoon and Paul Mitchell. Chris has trained thousands of stylists and educators around the world to understand hair and to change the lives of those learning from them. More than a decade ago, he developed the best-selling and easy to learn Design and Finishing system so that anyone who wanted it could learn to truly understand hair, instantly knowing how to create and recreate any style, any time. Goodbye Guesswork, Hello Guest Work.™

He soon realized he could do more to help. Most educators in the beauty industry know more about hair than they do about education. Chris reached out to rockstar Chris Moody to join him in developing a system for training the trainers in salons and schools. Combined, they bring more than 60 years of education training to the beauty industry. This system is a sharply focused set of tools every educator can start using right now, because who’s got 60 years to learn this stuff?

Get a Chris or two in your corner
starting right now.